When it comes to the fiscalization evolution history in China, you may be confused between two fisalization systems: the VAT Invoice Management System and the Sales Tax Invoice Management System.  The sales tax invoices existed for a long time during 1994~2018, and great accelerate the new technology application in Chinese fiscalizaiton. Why are there two systems that existed? and What types of invoices are used in them? Let’s dive into the start point of fiscalizaiton in China since 1994! you will get the answer！

“Here begins our tale. The empire, long divided, must unite; long united, must divide. Thus it has ever been.”

As everyone knows that China started a great economic revolution in 1979. With the correct political decision of president Deng Xiaoping, Chinese people were ready to join the international business market, which also indicated a huge revolution of the taxation system in China.  Before 1979, almost all of the goods and services were provided by planning, there is no free business allowed in the market, which is called the “planning economic period”. So, the main revenue of the government was created by the profits and taxes of many state own enterprises.  The organization of the state tax authority in China was the centralized mode, which means all of the local authorities’ taxation must comply with the central regulation, and they should submit all their local revenue to the central authority, then planed the financial budget based on the budegts from the central authority. Basically, the local authority didn’t have too much freedom to manage their revenue and budget. Also, there was no fiscalizaion concept at that time as individual free business was prohibited.

With the economic development after 1979, the household contract responsibility system appeared. It allowed the farmer to manage their agricultural production on their own initiatives. The system enables farmers to use land through long-term contracts and keep the produce after paying taxes. It raised productivity and increased agricultural output, both of which were preconditions for nurturing the economic takeoff, and comprehensive industrialization and urbanization.  Inspired by the household contract responsibility system, many local authorities asked for more freedom on taxation, which would greatly stimulate the local revenue and economy.  After a long-time debate, the central authority agreed to share the revenue with local authorities. which means they can keep a lot of local revenue for public facilities, Healthy, Education, and improvement of doing business environment. 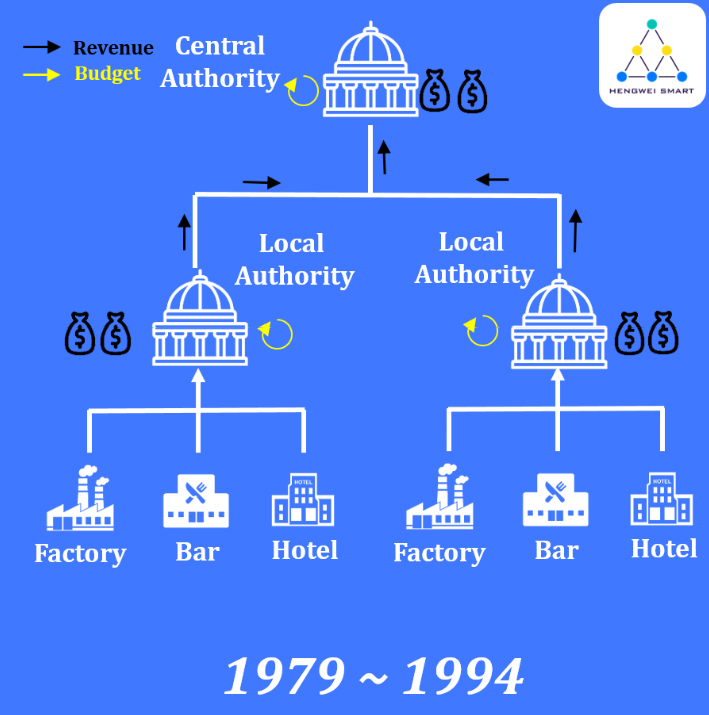 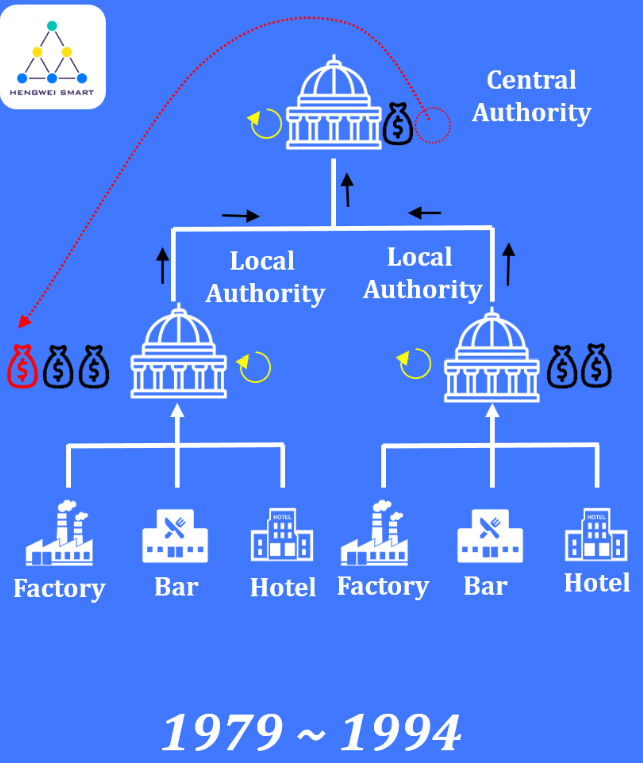 To prevent the great revenue decrease, the central authority started a huge taxation revolution in 1994 that re-defined the revenue distribution between the central and local authorities. The new act separated the revenue by the central part， local part，and share part. The central part included Excise Tax, while the local part contains Sales tax.  The Value Added Tax belonged to the sharing part(central 75%, local 25%).  The State tax authority established vertical local offices in each province for the VAT and excise revenue, and the previous local authorities were only responsible for the sales tax revenue. 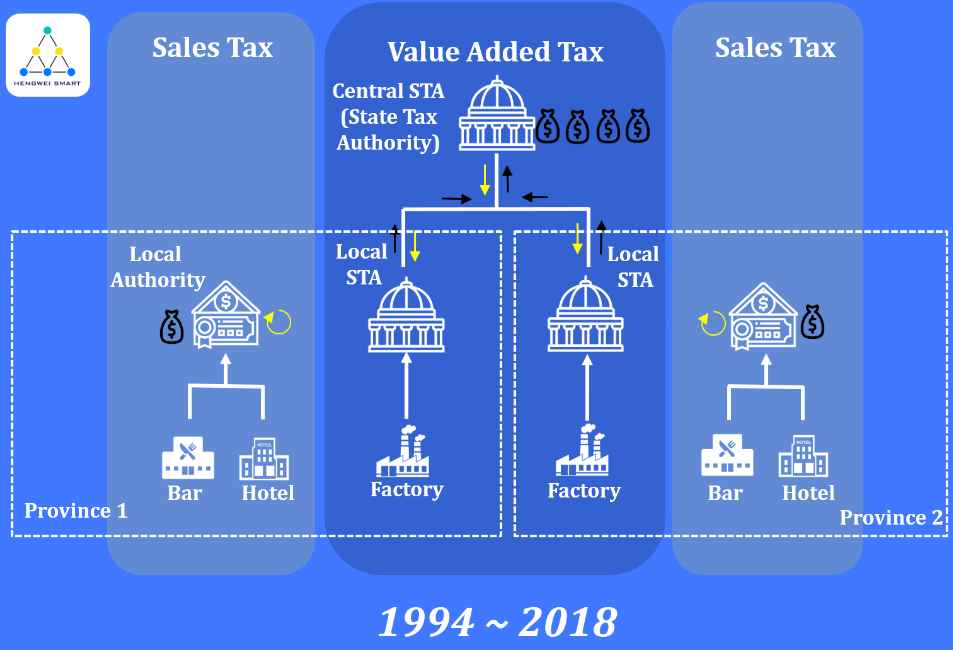 The reform of the tax-sharing system helped the central authority greatly increase the revenue for public budgets on education, healthy and other sectors, which also enhanced the central power on many administrative activities. But it also created two fiscalization systems called VIMS (VAT Invoice Management System)and STIMS(Sale Tax Invoice Management System), which made the Chinese fiscalizaiton become almost the most complex system in the world. there are so many concepts, regulations and solutions that appeared after this tax reform. we’re gonna introduce them in the next post.

Hengwei Fiscal Solution is working on providing the best solutions for taxpayers all over the world. please access our website for more news and solutions that you’re interested. Now we are looking for local partners in Fiji, Samoa and Serbia as sales proxies. Don’t hesitate to contact us!!!